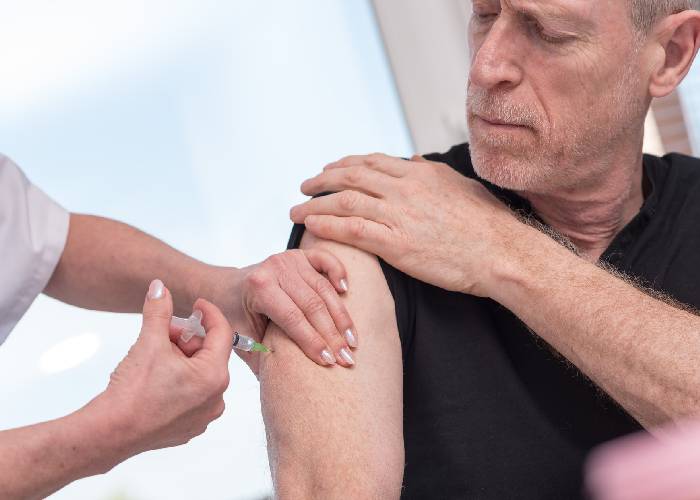 The Department of Health and Social Care has set ambitious targets for the coming winter flu vaccination programme, announcing that it aims to reach 85 per cent of people aged 65 and over.

In a national flu immunisation programme update letter published on Friday (July 16), the DHSC says that after vaccinating 80.9 per cent of over-65s in the last flu season, it hoped to exceed this in the jab programme commencing this September.

As in the previous flu season, the "temporary" measure of vaccinating 50-64-year-olds on the NHS will remain in place. The programme aims to reach 75 per cent of people in this group, as well as in the under-65 clinical risk group and pregnant women.

All frontline health and social care workers will be offered a jab, with the ambition of vaccinating 85 per cent in these groups.

The flu letter also sets out plans to reach more children aged between 2 and 16, with secondary school pupils in years 7 to 11 to be offered a jab.

"Vaccinating children reduces transmission of influenza and JCVI have recommended that expanding into secondary schools would be cost-effective, particularly if Covid-19 is still circulating," said the DHSC.

The Government says that in order to tackle inequality, no group or community should have a vaccine uptake more than five per cent lower than the national average.

The DHSC letter comes as concerns are raised about the impact that influenza could have this winter, with modelling suggesting that due to lower rates of resistance in the community flu could affect up to 50 per cent more people than usual.

"The high ambitions reflect the importance of protecting against flu this winter and should be regarded as a minimum level to achieve," said the DHSC letter.

"The expanded influenza vaccination programme that we had last year will continue in 2021 to 2022 as part of our wider winter planning when we are likely to see both influenza and Covid-19 in circulation.

The Directions, service specification and Patient Group Direction for the Community Pharmacy Flu Vaccination Advanced Service 2021/22 are expected to be published "in due course," said the PSNC.