Exclusive: The average pharmacy providing the Community Pharmacist Consultation Service made less than £1,500 in the first two years of the service, NHS data obtained by Pharmacy Network News suggests.

PNN has obtained NHS England data under the Freedom of Information Act showing that from when the CPCS was first launched in October 2019 up to November 1 this year pharmacies received 1,379,560 referrals, of which 984,358 were completed.

Pharmacies receive £14 for each consultation recorded as ‘completed’. They receive nothing for referrals that do not go on to be completed, for example where they are unable to make contact with a patient who has been referred or where an inappropriate referral has been made.

The NHS BSA’s recent general pharmaceutical services report indicates that in 2020-21 there were 9,284 pharmacies providing the CPCS. With the total number of completed referrals amounting to a value of £13,781,012, this suggests that on average, pharmacies received £1,484 in the first two years of the service.

Despite the slow uptake of CPCS by general practices – an issue NHSE&I has said it wishes to address – the completion rate for GP referrals was markedly higher than 111 minor ailment referrals, at 89.5 per cent versus 61.4 per cent.

Urgent supply referrals, which are only made via NHS 111, had a completion rate of 76.3 per cent.

On top of these base payments, contractors receive a share of a central activity pool of funding based on the number and type of consultations they have carried out. PNN understands that in the new year the funding distribution model will be reviewed, and that there may be a lower monthly base rate and proportionally higher service activity fees.

Between the launch of the service in July 2020 and early November this year there were over two million consultations, with the Scottish Government saying it is committed to further expansion of the scheme.

PSNC: We need a walk-in service

When approached for comment, the PSNC emphasised that funding distribution is different is Scotland and that the country has its own contract and fees model, making it difficult to make direct comparisons with England.

PSNC services director Alastair Buxton told PNN: “PSNC has long called for a nationally-commissioned walk-in minor illness service like that deployed in some local areas of England and in Scotland, but negotiations on this in 2015 were abandoned by the NHS.

“The Community Pharmacist Consultation Service was a step in the right direction, but as it relies on referrals, it is a very different service to that commissioned in Scotland.

“Whilst the volume of those referrals is continuing to grow, community pharmacies could be doing more to support the public's healthcare needs, with a walk-in service which provides additional funding for contractors.

“During the pandemic, the landscape has significantly changed, with patients and local communities increasingly relying on pharmacies for help with both minor and more serious conditions. We will use this leverage in upcoming negotiations to continue to push for the walk-in advice that pharmacies are now providing to be fully funded." 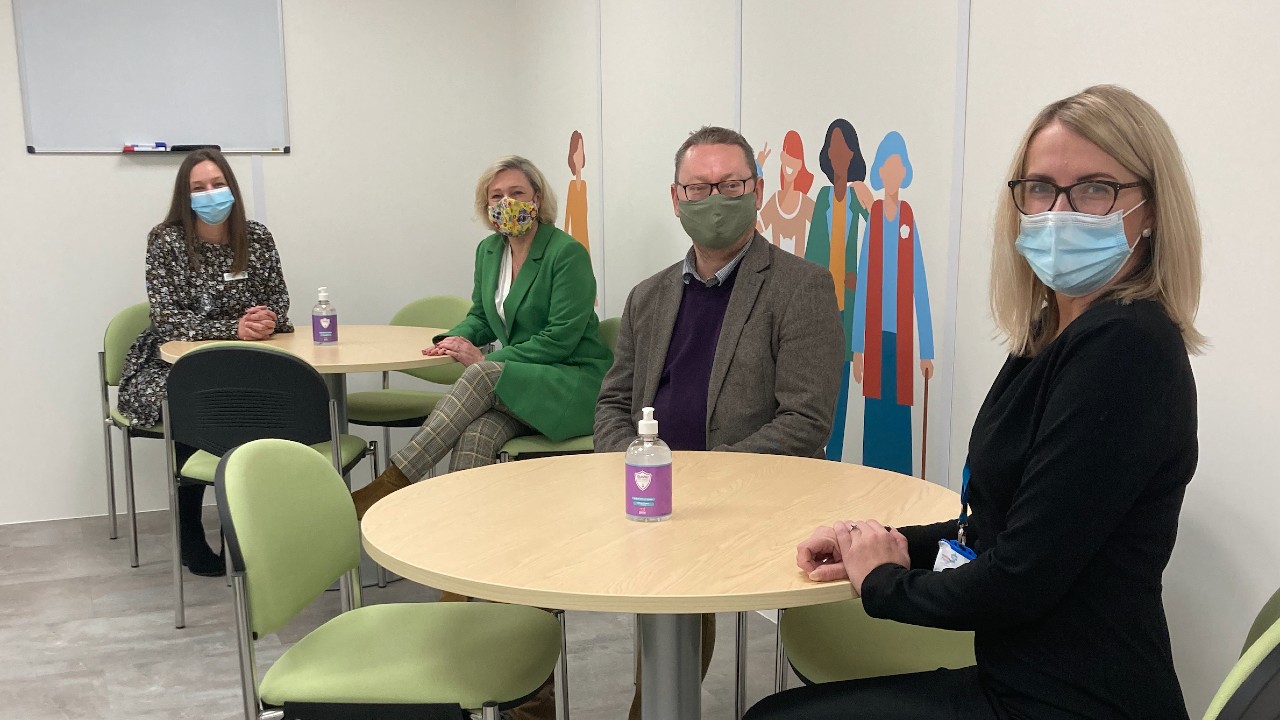 MPs get taste of innovation at new Rowlands branch