Little change in gender pay gap at the multiples

Little change in gender pay gap at the multiples 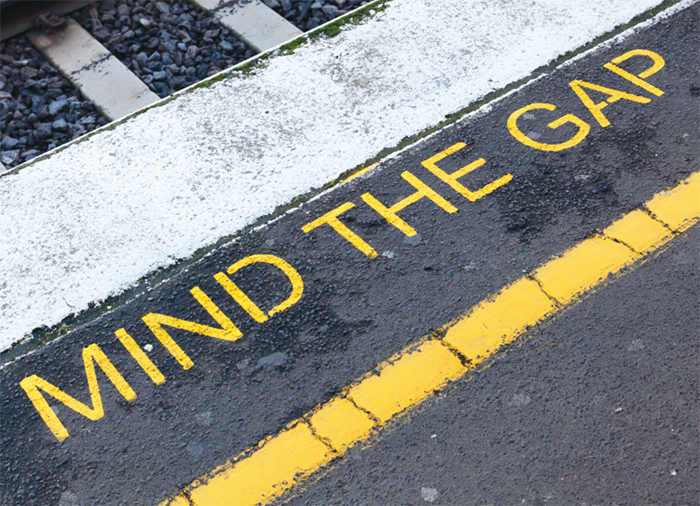 The gender pay gap across the major UK community pharmacy multiples does not appear to have shifted significantly according to the latest company reports, which mostly point to increases of a few percentage points alongside some decreases and a handful of larger fluctuations.

It is now a legal requirement for companies with more than 250 employees to publish data on the difference in hourly rates and bonuses earned by male and female employees each year. This is not the same as equal pay, which concerns the wages earned by men and women doing the same role.

At Boots UK, where across the company 80 per cent of employees are female, men earned 19.5 per cent more than women as of April 2018, indicating slight progress on the 2017 pay gap of 21 per cent.

The median pay gap, which looks at the mid-point in salaries from highest to lowest, was unchanged from last year at 5.4 per cent, which the company describes as “significantly better than the national average” of 17.9 per cent.

Men also fared better on bonus payments, with a mean bonus pay gap of 66 per cent and a median gap of 45 per cent. The company says its bonus schemes are “gender neutral by design”.

Boots UK senior vice president Seb James said extending flexible working options, offering training on “the importance of avoiding unconscious bias” and working with internal advocacy groups were among the steps the company has taken to minimise the gap.

“Among our pharmacists we have a positive pay gap for women,” he added.

Well Pharmacy’s 2018 mean and median pay gaps (20.5 per cent and 4.2 per cent respectively) were similar to those reported by Boots – and slightly higher than figures reported in 2017. Of just under 6,000 staff whose salary data was included in Well Pharmacy’s 2018 pay gap report (published March 21), 75 per cent were women.

The company’s gender pay gap is “in line with our expectations” and “reflects many other retailers,” it said.

Well CEO John Nuttall said: “Our gender pay gap reporting continues to mirror similar pharmacy/retail organisations in that we have a disproportionate number of women in our lowest-paid roles.”

The company will use the newest data to “identify any potential barriers to progression for women into our managerial roles,” Mr Nuttall said.

Mr Nuttall said the company has a “strong gender balance of men and women at our board and senior leadership levels”.

Rowlands Pharmacy also saw a slight increase in in its average gender pay gap between 2017 and 2018. Its most recent figures show men earning 18.2 per cent more than women, up from 17.2 per cent the previous year, as well as a 3.5 per cent increase in its bonus pay gap.

The median gap has closed to zero, with the median salary for women having been 3.2 per cent higher than men’s in 2017.

Rowlands said “there are now more males in higher paid positions (i.e. in the top quartile) and a higher number of females in the lowest quartile” and that this has contributed to the gap increase.

“We recognise and acknowledge that our gender pay gap highlights that we have to continue to focus on ensuring we have a fully inclusive working environment,” Rowlands commented.

Lloyds: “We need to do more”

A previously reported pay gap of 30.1 per cent in the company’s report for 2017 was based on a miscalculation, LloydsPharmacy said.

The median gap was up to 13.6 per cent from 2.5 per cent in 2017 – one of the largest fluctuations in measures of basic (non-bonus) pay gaps across any of the multiples.

As with the other multiples, pay discrepancies likely point to differences in gender representation in head office and senior management roles, as among the company’s 15,000 pharmacy-based employees the median pay gap is -1.7 per cent (close to last year’s figure of -2.0 per cent) and the mean gap 20.2 per cent.

“The higher proportion of males on management roles also contributes to our gender bonus gap [men were awarded 65 per cent more in bonuses than women in 2018, down from 77 per cent in 2017] due to bonus schemes being awarded as a percentage of salary,” the company said.

The company said its head office gender split is “relatively even” (55 per cent female, 45 per cent male out of 1,000 employees), compared to an 80:20 split in its pharmacy workforce.

McKesson UK HR director Jane Davies said she was “pleased to say that in comparison to last year we have made improvements” and described LloydsPharmacy’s gender pay gap as “minimal”.

“However, along with many organisations we know we need to do more to close the gender pay gap that still exists,” she added.