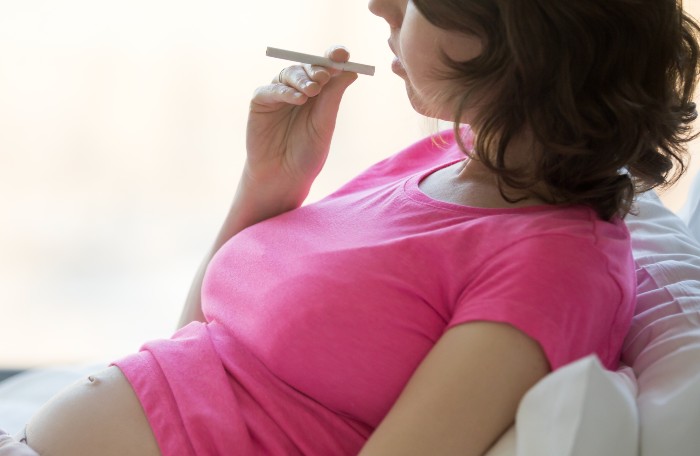 The number of women who smoke during pregnancy in England has fallen to its lowest level since records began in 2006-7.

The latest data from NHS Digital reveals 9.5 per cent of women smoked in 2020-21 compared with 10.4 per cent the year before. However, NHS Digital said that was "still above the current national ambition of 6 per cent or less."

The data also revealed that 8.9 per cent of women were smoking at the time their baby was delivered in the fourth quarter of 2020-21, slightly down on 9.5 per cent in the third quarter.

Thirty-two of 134 clinical commissioning groups who provided data in the fourth quarter met the six per cent national ambition mark, with smoking during pregnancy declining six times faster between 2019-20 and 2020-21 compared with the previous four years.

The latest statistics show the efforts to reduce smoking in pregnancy are producing positive results but the charity Action on Smoking (ASH) said "the rate of decline needs to be even greater in the coming year, nearly four times faster again" if the government is to meet its target of six per cent or fewer pregnant smokers by next year.

The government’s Tobacco Control Plan, which is expected to b published later this year, sets out measures to make England smoke-free by 2030. The All-Party Parliamentary Group on Smoking and Health recently urged the government to reduce pregnant smoking rates to five per cent by 2025 and offer vouchers and other support to women to help them kick the habit. The Group also said it wants the age for tobacco sales increased to 21.

ASH said the highest rates of pregnant smoking was in the poorest areas of the country with the biggest deprivation. The quickest decline in smoking is in the north of England, with Greater Manchester a good example, reducing its rates from 12.6 per cent in 2017-18 to 9.8 per cent in 2020-21.

The drop in smokers has largely been a result of an initiative by Greater Manchester Health and Social Care Partnership who have given expectant mothers shopping vouchers if they quit smoking during their pregnancy.

Smoking rates in the city fell below the national average of 8.9 per cent for the first time to 8.7 per cent in the fourth quarter of last year.

"The government are rightly ambitious to end smoking, but it will not be achieved through warm words alone," said ASH Deborah Arnot chief executive Deborah Arnott.

"We need a bold, ambitious strategy that changes the lives of young men and women across the whole country so that every family starts in a smoke-free home."

Government "must not drop face mask rule in pharmacies"