This year’s Pharmacy Show was jam-packed with speakers, exhibitors and CPD opportunities for pharmacists and pharmacy teams. But if you couldn’t make the two-day event in Birmingham, don’t fear, the TM news team covered the ground to bring you the highlights

Opioid safety must be a priority

Opioids are among the top drug classes implicated in reports made to the national Reporting and Learning System (NRLS), and pharmacies should be aware of the most common issues.

These include healthcare professionals’ lack of knowledge of dosing, failure to carry out additional checks during the dispensing process, supplying incorrect doses and/or formulations, unintended dosage increases, and incorrect conversions of doses when patients switch from one opioid to another. NPA chief pharmacist Leyla Hannbeck ran through this list at a conference session, which was generated from the reports submitted to the organisation in its role as medicines safety officer for pharmacy multiples with under 50 branches.

Ms Hannbeck added that codeine and dihydrocodeine in OTC preparations were also an issue for some individuals, and urged pharmacies to be vigilant and stick to guidelines around duration of treatment (no longer than three days), as well as being suspicious of anyone seeking frequent emergency supplies or claiming they had lost their medication or had it stolen. Other steps that could be taken to promote opioid safety includes confirming appropriateness of dosing, particularly if there had been a dose increase, highlighting unusual doses and possible interactions to prescribers, and encouraging patients to make use of services such as substance misuse programmes and medicines use reviews.

Pharmacies have a vital role in providing support for patients in pain in order to reduce their reliance on opioid analgesics.

Emma Davies, advanced pharmacist practitioner in pain management, described how more people were becoming reliant on strong painkillers, yet deaths and overdoses from the drug class were on the rise. The term “painkillers” was partly to blame, she stated, pointing out that in trials, a drug was considered an effective analgesic if it reduced pain intensity by just 50 per cent. A better approach to pain management was to concentrate on improving the patient’s functioning, she said. Strategies that could help patients include:

Ms Davies stressed that medication was just one way to ease pain, but patients often became reliant on analgesics because they were easily accessible. However, they were not reliable in terms of the benefits, and brought with them potential side effects, she explained. She also described the downward spiral that someone in pain could experience, starting with disturbed sleep which made perceptions of pain worse, going on to have an impact on work and relationships, and potentially leading to social isolation, depression and other mental health conditions.

GPhC will not set staffing levels

GPhC chief inspector Claire Bryce-Smith was asked the question as part of a session on patient safety, during which she – and inspectors Craig Whitelock-Wainwright and Chris Barnes – explained how staffing could impact on the all-important issue of preventing harm befalling pharmacy customers. Ms Bryce-Smith stated that it was not the job of the regulator to set staffing requirements as there are too many variable factors such as dispensing volume, services provided, robotics, and the competence and experience of staff.

“It is impossible to set a formula,” she said, adding: “We are not avoiding it, we just don’t think it is appropriate.” Instead, it was up to the pharmacy owner, superintendent and responsible pharmacist to determine how many of each level of staff were needed in order for the pharmacy to operate safely and effectively, and to ensure team members were suitably skilled and qualified, as set out in the GPhC Standards, Ms Bryce-Smith asserted.

“If we continue to do what we do, we’re only going to get what we’ve got, but things are changing,” Deborah Evans, managing director, Pharmacy Complete, told the Public Health and Wellbeing Theatre in her session on healthy living pharmacy. “It’s important for the sustainability of pharmacy to change and offer the support Amazon and Google can’t.”

Social media is not about instant fame, it’s about growing a genuine audience; it’s about what you do day to day and building trust. This was the message from Wordsmith Digital’s David Angell during the NPA’s ‘Social media and your pharmacy’ session. “Facebook is the largest network with 60 per cent of the population having an account, and the fastest growing demographic is people over 55 – that’s your customers and patients,” he said. “Look at what you’re already doing offline and work from there.”

According to new statistics from Sanofi, 68 per cent of people would rather go to a pharmacy than a GP and pharmacy is the first choice for minor ailments for 20 per cent of people. However, 29 per cent of people find pharmacy hard to access and many of those don’t know about the options on the pharmacy back wall. Sanofi is therefore “working to raise the profile of self care and move it up the Government’s agenda. People have the right to choose their own product so we want to empower patients and raise the profile of what the back wall means for customers,” said Nikki Milne, head of UK sales & trade marketing, Sanofi. “The time for self care is now,” she added.

“The context we’re in is one of exponential change,” Richard Bradley, pharmacy director, Boots UK, told Keynote Theatre delegates. “The NHS has to demand change from us and we have to look at how we can grow the triangle in the middle of the Venn diagram of NHS, pharmacy and patients. We’ve got to be fully integrated within the primary care system.” Mr Bradley commented that one way to improve outcomes and drive efficiency in the sector is to “accept and develop new roles for [pharmacy] technicians.” 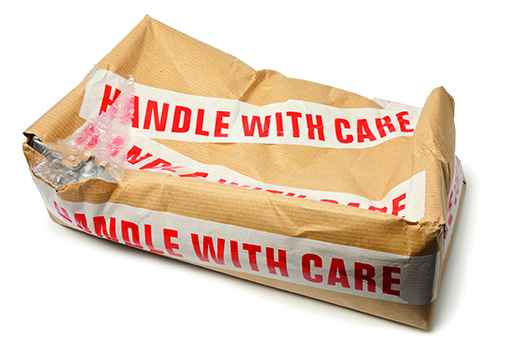